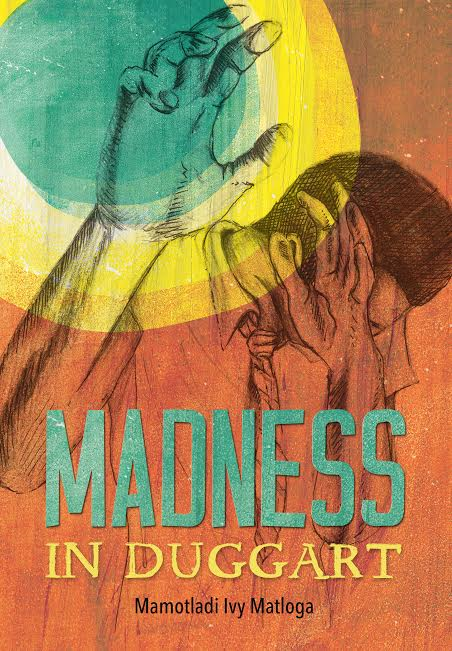 “Here's to the crazy ones. The misfits. The rebels. The troublemakers. The round pegs in the square holes. The ones who see things differently. They're not fond of rules. And they have no respect for the status quo. You can quote them, disagree with them, glorify or vilify them. About the only thing you can't do is ignore them. Because they change things. They push the human race forward. And while some may see them as the crazy ones, we see genius. Because the people who are crazy enough to think they can change the world, are the ones who do.”

MADNESS IN DUGGART is a story that tells of the struggles that rural families go through, when confronted with the realities of mental illness. These struggles are portrayed through a family whose only son suddenly presents with a mental disorder. The family has to deal not only with the stigma against the disease, but also with family conflicts regarding how to tackle the disease. Dedicated to her brother, Phashe Mananyetso, who lives with mental illness and all that are affected by the disease, the book is as thought-provoking as it is humorous, and most people would find it easy to relate to. Though the book was finished a few years ago, its release now coincides with current issues around the mentally ill, and many would find it eye-opening and interesting to read.

Ivy has served in a number of government departments for over fifteen years, and lives in Pretoria. While this is her first published work, Ivy has also written a novel in her mother toungue, Sepedi, titled “Mahlaku a maswa”, which was shortlisted for the “I am a Writer” competition by Human and Rossouw in 2007.

AVAILABLE AT AN ONLINE BOOKSHOP AND AS AN E-BOOK

Madness in Duggart was launched in Pretoria on 17 June 2017, and can be ordered online from www.afrokulcha.co.za/product/madness-in-duggart/ for delivery within the South African borders, within 48 hours.

The Kindle version of the book can be purchased from https://www.amazon.com/Madness-Duggart-Mamotladi-Ivy-Matloga-ebook/dp/B072JTRL7M

For more information about Kwarts Publishers and this publication, contact Anita Stander on anita.stander@kwarts.co.za.

For printed copies of ‘Madness in Duggart’, please contact the author directly, or order from Afrokulcha.co.za.

Ivy is available for media interviews, book readings and appearances, in order to share her story.